Blog
You are here: Home / Blog / Uncategorized / How Photography has Influenced our Obsession with Female Beauty in a Postmodern... 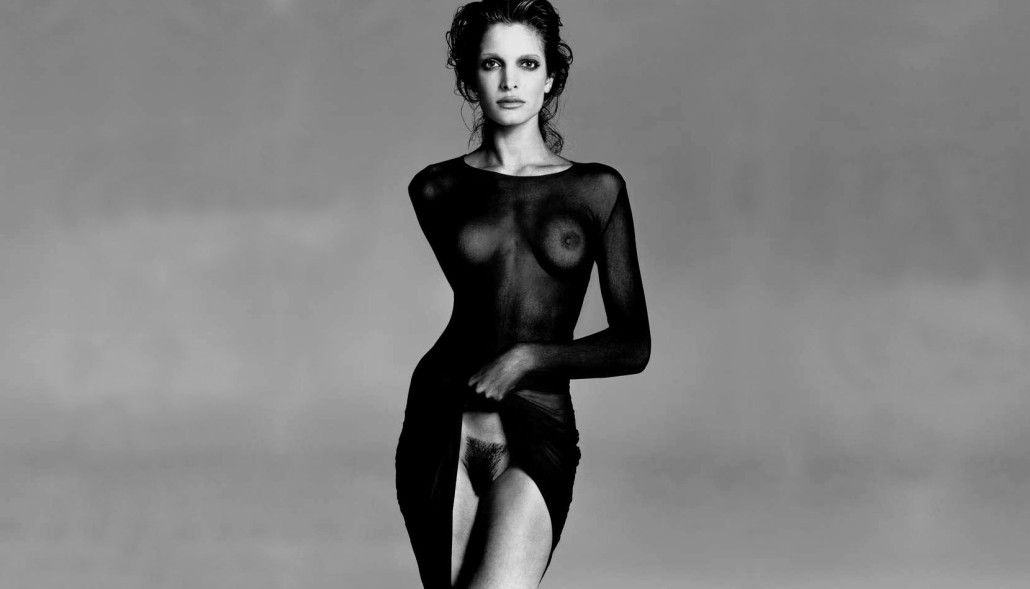 What was once a chemical process, an artform, has evolved and now acts as a means of communication across the globe.

Instagram was released to iPhone users in 2010 while I was at Ryerson University studying photography. I have few memories of us studying up on how we thought it would change our craft. We did discuss it, but it’s hard to study what hasn’t happened yet. It’s only been five years but it has changed the industry forever. What we did discuss at length was beauty. We even had a whole class dedicated to it. At the time I’ll admit, I thought that class was silly, but how can it be silly when it’s a photographer’s job to capture beauty. But there’s the rub – what is beauty?

I’m obsessed, and as someone obsessed, I’ve spent countless hours debating this in my mind. My friends have been telling me long before social media that I can’t capture everything through a lens and my response has always been, “I can and I will!”  It became a part of who I am. Before everyone was attached to their cell phones, I was attached to my camera, and I truly miss the days when I had the privilege of photographing my friends doing crazy things, having adventures, not sitting around with their faces illuminated by cell phones.

I’m now a professional photographer who has been freelancing for over six years in Canada’s biggest city and do you know what I hear from over 70% of men at events I shoot?

“Oh, you want to take a picture of me?! I should be taking a picture of you!” As they reach to take my camera from me.

No. No you should not. Because I am the one being paid to be here to take pictures of you.

When I was a toddler I had an obsession with beautiful blonde people. I’ve been walking since 10 months old and my mom has told me stories of my little gaze drifting to a beautiful blonde person until I was just following them around the grocery store or the mall. Had society created the perception of “ideal beauty” in me that young? Was Disney to blame? Fact of the matter is that I grew up to realize beauty is everywhere, it’s truly in everything. Shooting everything in sight was the fallout that ensued, making photography the passion I have continued to follow.

What has become obvious to me is that society has compartmentalized physical beauty to include the young, the smooth, symmetrical, to exclude the marked, the worn-in, the loved.  But to what end? To sell me something?

Beauty like that fades. And that isn’t a problem! We should be proud of every wrinkle we earn, they hold a different kind of beauty, a truth. But we’re not. We age defy and Photoshop them away.

(Check out this article from this boudoir photographer that illustrates the pressure women feel to be “perfect” and why that just isn’t necessary.)

But there is a problem now that photographic production has increased basically 1 million fold in the last 50 years. We are drowning in imagery. For every one great shot of the past like this (left, by Edward Weston), there’s now 1 million like this (right): 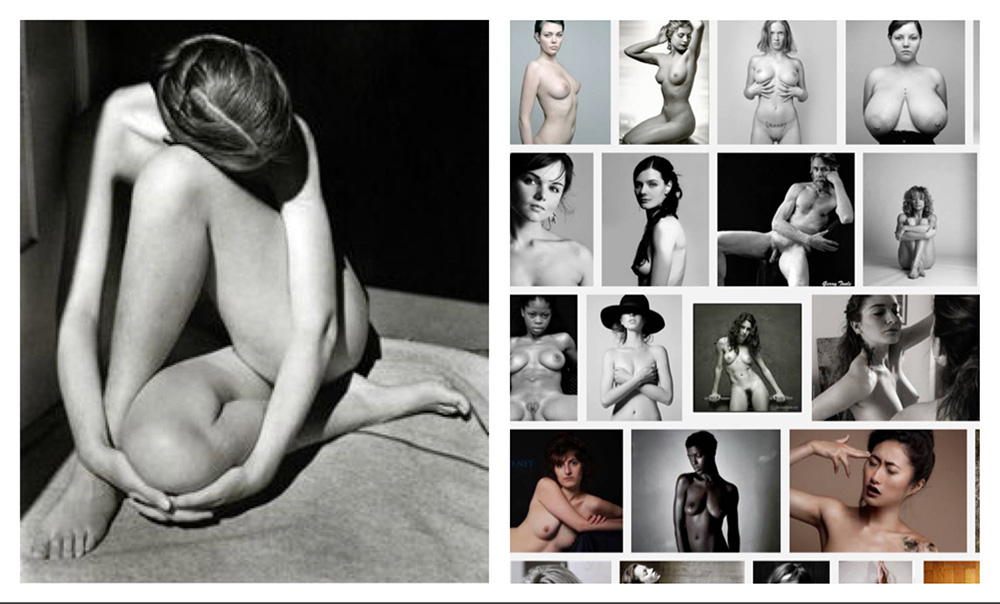 Many would argue there’s nothing wrong with this, but it’s affecting how we interact with each other and that makes me uneasy, it’s only been five years since Instagram was released! And since seeing the viral video Instagram Husbands I’ve felt even more uneasy. Actually, it is more like it has brought on waves of anger that keep crashing against my mind.

I told my mom about the video expecting her to be infuriated like myself but her reaction surprised me. She sensed I was upset and said, “Well anger won’t get you anywhere. The guy who made that video making fun of the “silly girls” might just have saved some of their lives. There are women out there who all they do is sit around thinking about how they look, but beauty fades baby, and the second you turn 40 you can’t rely on looks anymore.”

She’s absolutely right but it didn’t make me less angry, in fact it made me more angry. Have you ever had a conversation with a person, and you can tell they’re not even listening to you, they’re just worrying about how they look? Well I have, and they only ever been women, and I’m talking the cases when I’m not holding a camera. Maybe I’m just better at reading women, but then why was the video Instagram Husbands targeted at women? Why wasn’t it called Instagram Spouses instead?

It’s because of this: 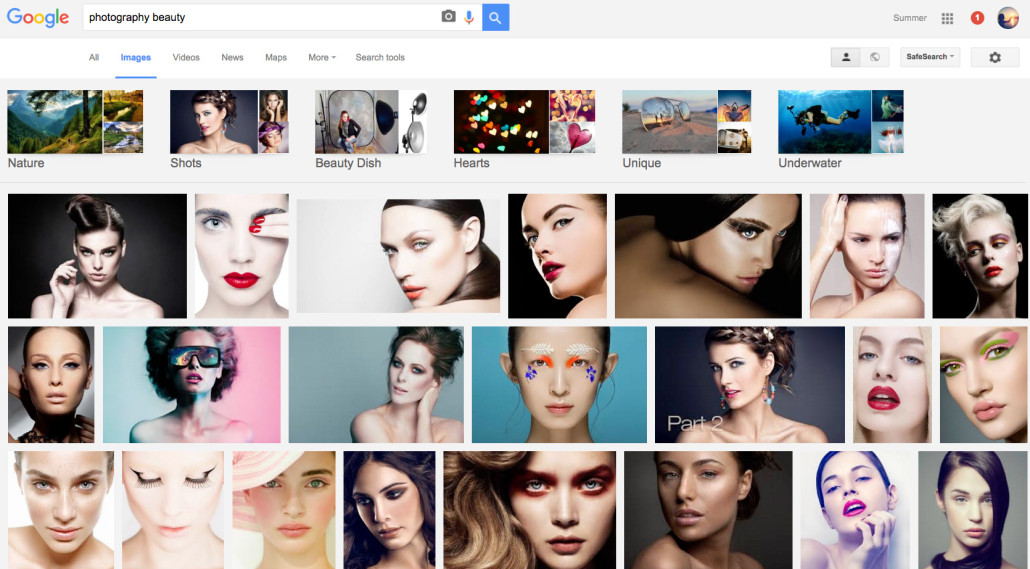 It wasn’t until the 426th photo that a man appeared; not a single woman not dripping in makeup.

Google photography’s greats and this is what you get:

Of the 50 people Google featured, 9 were women, and all are caucasian.

The hyper sexualized banner image of this article is a photograph of Stephanie Seymour by Richard Avedon. Avedon’s obituary in The New York Times stated that, “his fashion and portrait photographs helped define America’s image of style, beauty and culture for the last half-century.” All we are is what we have experienced, and our society has an ingrained obsession with female beauty. These were the people, the men, who have influenced our perception of what it means to take a good photograph, to be beautiful, and it is everywhere. It is shoved down our throats on every street corner.

So I’m sorry that I couldn’t laugh off the fact that a professional photography blog would share a video that (mockingly) places the blame of this #selfie epidemic on women (who are incapable of figuring out a tripod), leaving poor men daunted with the task of photographing them instead, making guys sad, depressed and hating their lives.

I don’t see what’s funny about it. It’s sad. It’s sad that we all seek our validation from how many likes we get, but what’s even more sad is the effect that has. When young women or men, fit the media’s description of “ideal beauty”, they become obsessed with the attention they get, diverting from doing something more productive or meaningful with their time.

So who do we judge, if anyone but ourselves? Should we really be laughing at the person posting the endless stream of selfies, or the people who validate them by sitting online giving them “likes” time and time again?

I’d like to end with a message to the Instagram Wives out there, to anyone who has become distracted by the beauty of social media, having forgot its potential, and most importantly to myself; a message from Steven Pressfield and the The War of Art:

First, unhappiness. We feel like hell. A low-grade misery pervades everything. We’re bored, we’re restless. We can’t get no satisfaction. There’s guilt but we can’t put our finger on the source. We want to go back to bed; we want to get up and party. We feel unloved and unlovable. We’re disgusted. We hate our lives. We hate ourselves.

Sounds like life, I know. It isn’t. It’s Resistance. What makes it tricky is that we live in a consumer culture that’s acutely aware of this unhappiness and has massed all it’s profit-seeking artillery to exploit it. By selling us a product, a drug, a distraction. John Lennon once wrote:

Well, you think you’re so clever

and classless and free

But you’re all fucking peasants

As far as I can see.

As artists and professionals it is our obligation to enact our own internal revolution, a private insurrection inside our own skulls. In this uprising we free ourselves from the tyranny of consumer culture. We overthrow the programming of advertising, movies, video games, magazines, TV and MTV by which we have been hypnotized from the cradle. We unplug ourselves from the grid by recognizing that we will never cure our restlessness by contributing our disposable income to the bottom line of Bullshit Inc., but only by doing our work.”