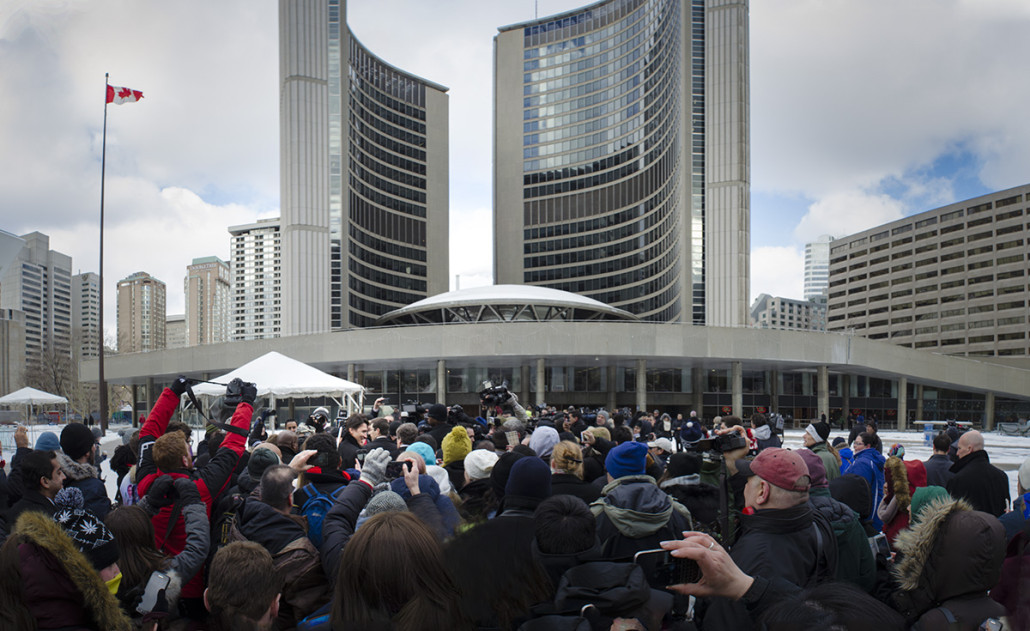 Today our young, international star of a Prime Minister sat down with John Tory, mayor of our young, international city. It is the first time a Prime Minister has sat down with Toronto’s mayor since amalgamation in 1998. As history was being made today, I couldn’t possibly stay away.  I arrived about 45 minutes early to just a few press photographers standing about. Security detail, everywhere. There was a surprisingly small amount of people there and the ratio of citizens to press was staggering. Among the onlookers there were mostly Uber protestors and fans, a young couple rocking the beyond epic Justin Trudeau Shelfies sweater, and a hilarious pregnant woman who was pushing her way through the crowd of press hoping for a handshake (or a boob signature) from the young Prime Minister. She succeeded in getting her handshake.

PM JT (as he’s fondly referred to) and Mayor Tory were to take a photo with the Toronto sign, then continue inside for their one hour meeting. On arrival, PM JT stopped beside the ice rink at Nathan Phillips Square to shake hands with John Tory, I jumped onto the ice to get this shot. 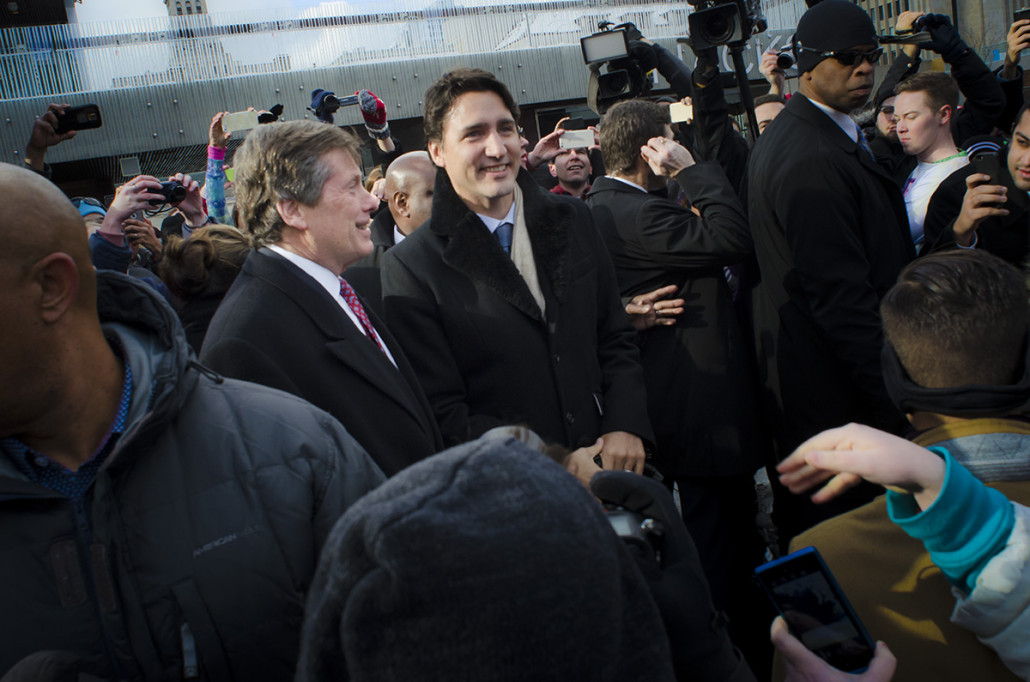 Press photographers were slipping and falling everywhere, and there was a comical bubble of cameras following them so closely it wasn’t even possible to get the intended shot of the two men with the Toronto sign. There had been no barricade put in place and I couldn’t help but laugh out loud at the scramble, wondering how we looked from the helicopter above, if we looked like bacteria or a mob of ants that found something delicious. It was quiet at first, like surprisingly quiet, just the sound of camera shutters, then here and there people called things out. When PM JT looked my way I called out and thanked him for his sunny ways.  Eventually more and more people started calling out and by the time the two men were heading towards city hall people were shouting endless political questions. I laughed again as it seemed unnecessary. There was no way he could hear anyone anymore, and they had business to get to, an hour isn’t very long.

I like to call this one, “PM JT almost drowns in crowd. Went down taking selfie.”

But on a more serious note, I am thrilled to see the Liberals working with provincial and municipal levels of government for a change. This fall, Toronto passed the long overdue Environmental Bill of Rights, which didn’t actually change much about anything really, should have been there all along, but I am very glad it’s there now nonetheless. When my attention is on federal politics, it is generally on the subject of environmental rights and energy policy and those have been two very frustrating things to have been keeping an eye on in the last decade as a young Canadian. It is frustrating to learn how uneven government policies around energy development are across the country, especially when the structure does exist to potentially get organized. What is even more frustrating is that the problems that lead to a divide in opinions are actually inherent in the Westminster model, which the Canadian government operates under. This causes issues like constitutional division of power, partisan disputes, and federal-provincial tensions over energy resources to name a few. [1] These systematic flaws in combination with a history of failed policy attempts like the Charlottetown Accord, for example, make it intrinsically difficult to create a solid framework of legislature around energy development in Canada. One of the greatest motivators of energy research and development (ER&D) was the 1970s oil shock. It is recognized to have been, “among the strongest drivers of energy R&D efforts in industrialized countries.” [2] Other (less resource rich) nations were inspired by the energy crisis to create cohesive policies, programs, and departments around ER&D. The European Union created two consecutive joint ER&D programs, fifty percent of which were funded by the European Commission. Additionally, European governments like the Netherlands, the UK, France and Germany, also created their own programs. [3] The Carter Administration created a Cabinet-level U.S. Department of Energy (DOE), effectively combining “50 different agencies, departments, and bureaus in the federal government.” [4]  Even Japan created a sizeable ER&D organization, while Canada decided to take a more “decentralized” approach with the establishment of the Interdepartmental Panel on Energy R&D (IPERD).

“Because of the many departments involved in energy, Canada rejected the notion of a centralized agency like ERDA (Energy Research and Development Administration of the U.S.) and adopted a lighter structure.” [5]

For all these nations, ER&D was a relatively new notion and these programs were created mostly for the reasons of gathering statistics and attempting to simply define what ER&D even is. Decades later, we observe that Canada’s energy governance still faces the fragmentation it did back then. On top of that, our previous Harper Government, had declared a war on data, leaving us utterly behind the rest of the industrialized world.

“A months-long Maclean’s investigation, which includes interviews with dozens of academics, scientists, statisticians, economists and librarians, has found that the federal government’s “austerity” program, which resulted in staff cuts and library closures (16 libraries since 2012)—as well as arbitrary changes to policy, when it comes to data—has led to a systematic erosion of government records far deeper than most realize, with the data and data-gathering capability we do have severely compromised as a result.”

Having Prime Minister Trudeau show up in Toronto twice already, once to meet with Premiere Wynne and now to meet with Mayor John Tory is an exciting sign that Canada is ready to start living up to its potential. Our presence was felt at the Global Climate Summit in a way it hadn’t been in years, so thank you for that Prime Minister, and thank you for taking the time to visit. We’re excited to see what a government that actually interoperates can accomplish!

A few more of my shots from Prime Minister Justin Trudeau’s visit: 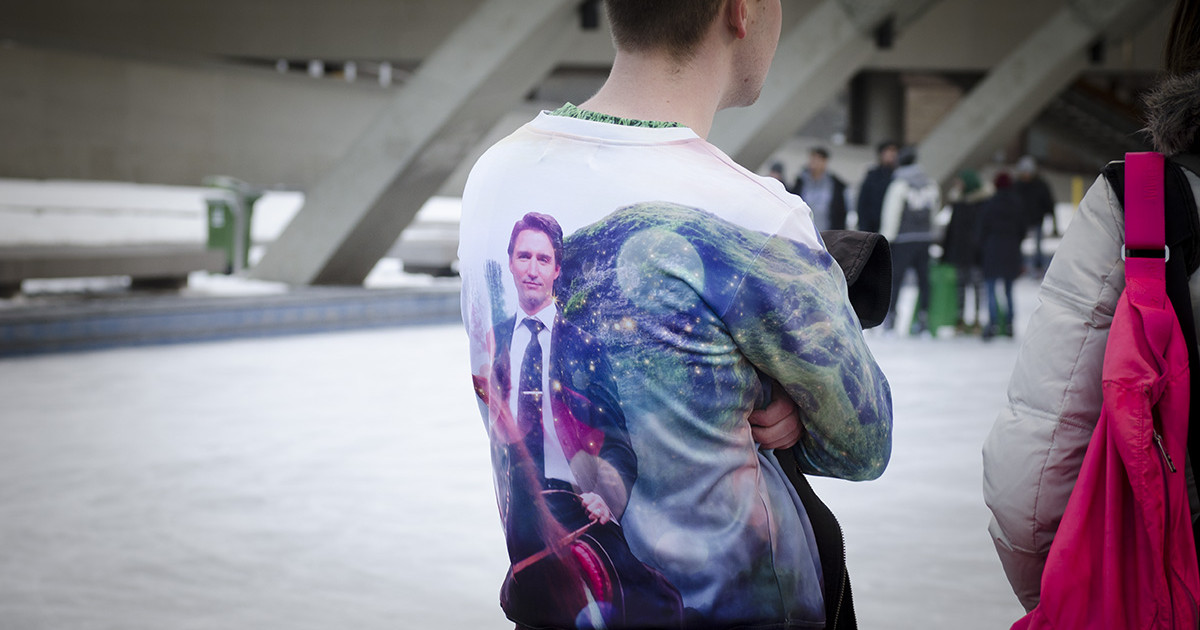 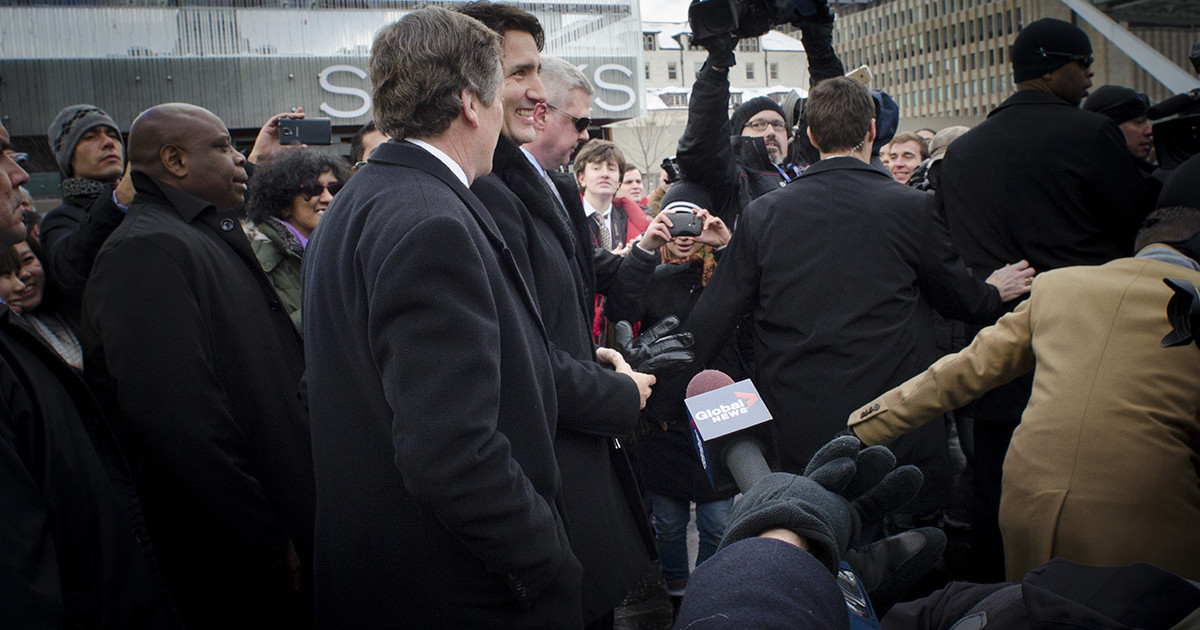 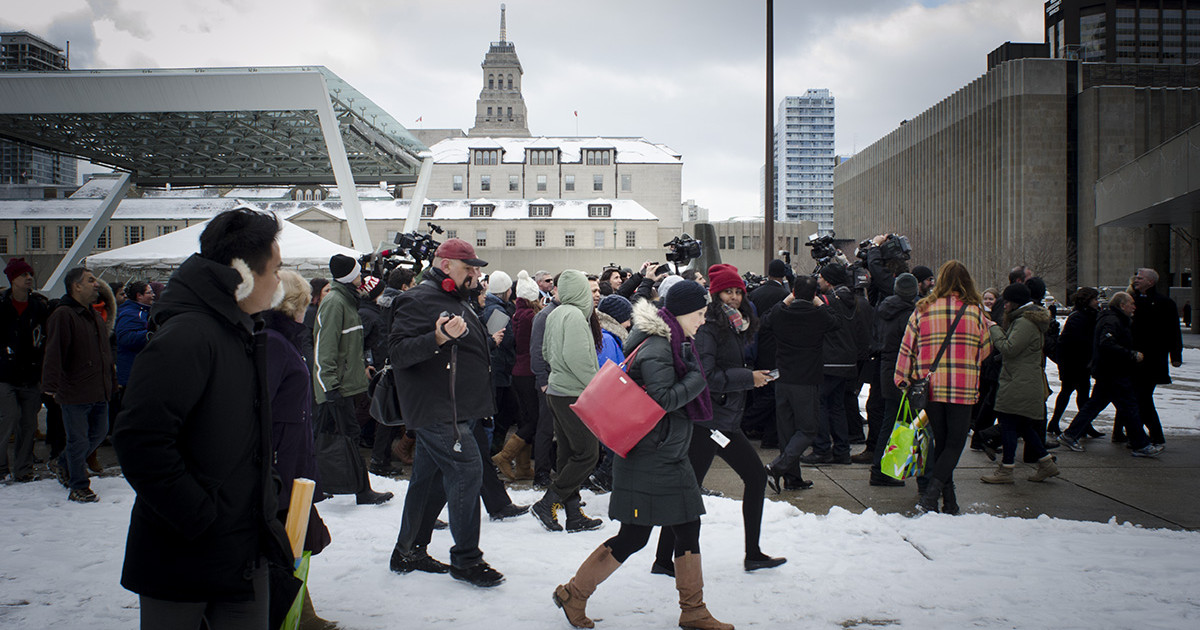 [1] Glen Toner and James Meadowcroft. The Struggle of the Canadian Federal Government to Institutionalize Sustainable Development. 2009.

I Love This City.
Scroll to top